Cookie preferences
This website uses cookies, which are necessary for the technical operation of the website and are always set. Other cookies, which increase the comfort when using this website, are used for direct advertising or to facilitate interaction with other websites and social networks, are only set with your consent.
Configuration
Technically required
These cookies are necessary for the basic functions of the shop.
"Allow all cookies" cookie
"Decline all cookies" cookie
CSRF token
Cookie preferences
Currency change
Customer recognition
Customer-specific caching
Individual prices
Selected shop
Session
dmCountryChanged
dmReloadAfterCountryChanged
Comfort functions
These cookies are used to make the shopping experience even more appealing, for example for the recognition of the visitor.
Note
Statistics & Tracking
Affiliate program
Google Analytics / AdWords
Google Tag Manager
Track device being used
Categories
Information 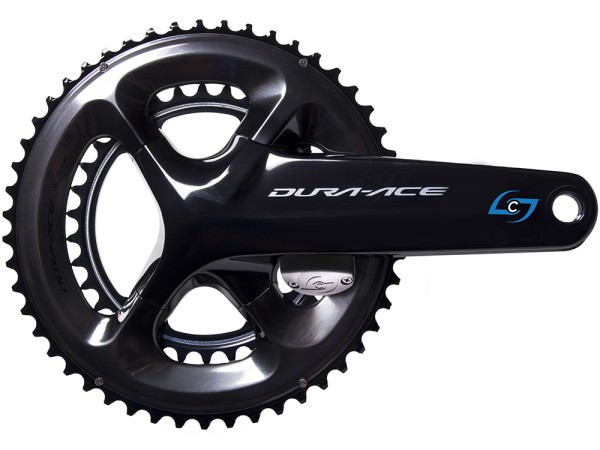 The Stages Power R Dura Ace R9100 is a right-sided power meter and comes with spider and chainrings but without left crank arm. The Stages Powermeter is now available in the 3rd generation. The Gen3 models have a more accurate measurement, stronger transmission power to the bike computer and an improved cadence sensor. The total weight of the crank is increased by only 20 grams.

With the Stages Power R, you can upgrade an existing Power L powermeter to a dual-sided system.

With the Stages Power R, only the right crank arm is equipped with measurement electronics. The power is doubled to estimate the total power. Staying in your training zones or pacing a long climb or a triathlon usually works very well with a single-sided power meter. It becomes more difficult when one leg is significantly stronger than the other. Then the total power deviates. The Stages Power R is therefore particularly suitable for riders who can do without the few last percent of accuracy.

Upgrade for the Stages Power L

With the Stages Power R Dura Ace R9100 you can upgrade your existing left-sided Stages Power L power meter to a double-sided system. Simply pair the two devices in the Stages app.

The Stages Power R Dura Ace R9100 is compatible with Shimano Dura Ace R9100 MTB cranks. If a Shimano crank is already installed on your bike, you can simply replace it with the Stages R crank. If a crank from another manufacturer is installed, the bottom bracket probably has to be replaced as well.

The right-sided Stages power meter sits well protected in a flat composite housing on the inside of the right crank arm. Strain gauges detect the slightest deformation of the crank arm due to the force applied to the pedal by the rider. Acceleration sensors are used to determine the cadence. This design makes it both discreet and well protected. Since the Stages power meter is firmly connected to the right crank arm, the crank arm is always included.

The Stages Power R Dura Ace R9100 Powermeter is powered by a standard CR2032 button cell. The battery is sufficient for about 200 hours of operation of the powermeter. The CR2032 is widely used and inexpensive. It is available at almost every supermarket. The battery can be changed without tools. The LED on the power meter provides information about the battery level.

The actually power meter has a low weight of just 20g. The power meter is firmly connected to the right crank arm. The weight is therefore to be understood as additional weight to the crank arm.

The assembly of the Stages Power R Dura Ace R9100 Powermeter is very simple. The existing right crank arm is simply replaced by the Stages crankset. For Shimano cranks, this requires only a standard 5mm allen key and the  TL-FC16 tool. With a little practice, the installation is done within 5 minutes.

We have made good experiences with the durability of the Stages power meter. Due to its placement on the inside of the right crank, the power meter is well protected against mechanical influences. In a crash, for example, a pedal power meter usually gets somewhat beaten up. This is where the Stages can score. The first generation had problems with the housings. The use of an unsuitable composite led to cracks forming in the housing and water being able to get inside. However, these problems have been completely resolved with the 3rd generation. However, it still happens occasionally that water gets inside. This is usually due to an improperly closed battery cover or an improperly fitted sealing ring. When replacing the battery, please make sure that the sealing ring is correctly seated and that the battery lid is fully locked.