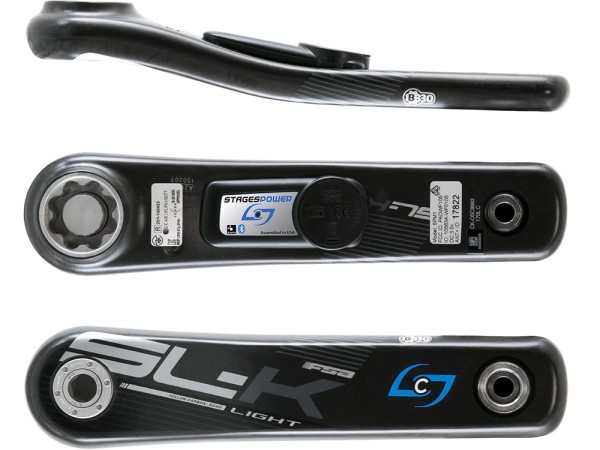 The Carbon SL-K BB30 is compatible with all FSA and Vision BB30 models. MegaExo cranks are not compatible! Here you can find the version for FSA 386Evo cranks.

With the Stages Power L Carbon FSA SL-K BB30, only the left crank arm is equipped with measurement electronics. The power is doubled to estimate the total power. Staying in your training zones or pacing a long climb or a triathlon usually works very well with a single-sided power meter. It becomes more difficult when one leg is significantly stronger than the other. Then the total power deviates. The Stages Power L is therefore particularly suitable for riders who can do without the few last percent of accuracy.

The Stages Carbon FSA SL-K BB30 power meter is powered by a standard CR2032 button cell. A battery is sufficient for about 200 hours of operation time. The CR2032 is widely used and inexpensive. It is available at almost every supermarket. The battery can be changed without tools. The LED on the power meter provides information about the battery level.