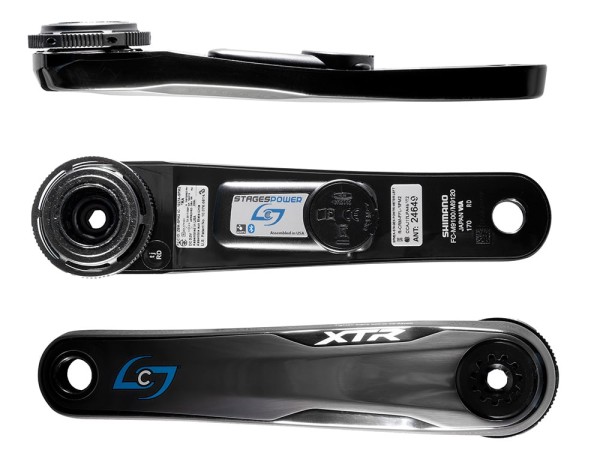 For mounting the Stages Power L XTR M9100 you need the TL-FC16 tool.

The Stages XTR M9100 / M9120 Powermeter is compatible with the M9100 (Race) and M9120 (All-Mountain) cranks. It is not compatible with the older XTR M9000 cranks! The power meter is mounted on the inside of the crank arm. Therefore, 10mm space is required between the crank arm and frame. With direct-mount brakes it is often too tight. You can check with a 10mm allen wrench whether a Stages power meter fits onto your bike. In the power meter area, the 10mm allen wrench must fit between the frame and crank arm:

The Stages Shimano XTR M9100 power meter is powered by a standard CR2032 button cell. A battery is sufficient for about 200 hours of operation time. The CR2032 is widely used and inexpensive. It is available at almost every supermarket. The battery can be changed without tools. The LED on the power meter provides information about the battery level.

The installation of the Stages power meter is very simple. The left crank arm of your crank is simply replaced by the Stages crank arm. For the Stages Shimano XTR M9100 power meter you need a 5mm allen wrench and the Shimano TL-FC16 crank assembly tool. It's needed to loosen or tighten the bolt that pulls the left crank onto the axle.