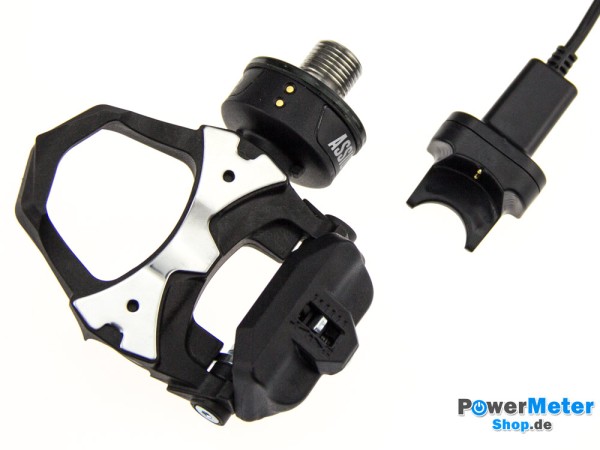 The first Assioma power meters were delivered by Favero and we had the opportunity to test an Assioma DUO. Does the successor to bePRO succeed in what it promises? In our short test, you will find that:

After opening the pretty little box, the first thing you'll notice is the essentials - the two pedals. A charger with 4 different plug attachments for country specific sockets, two charging cables with magnetic clamps for the pedals, a set of cleats, an 8mm allen key for installation, and the instruction manual in several languages.

With the bePRO power meter, there were still a lot of special tools that were needed for the assembly. Without the extra tool, the packaging of the Assioma is now a lot more handy. 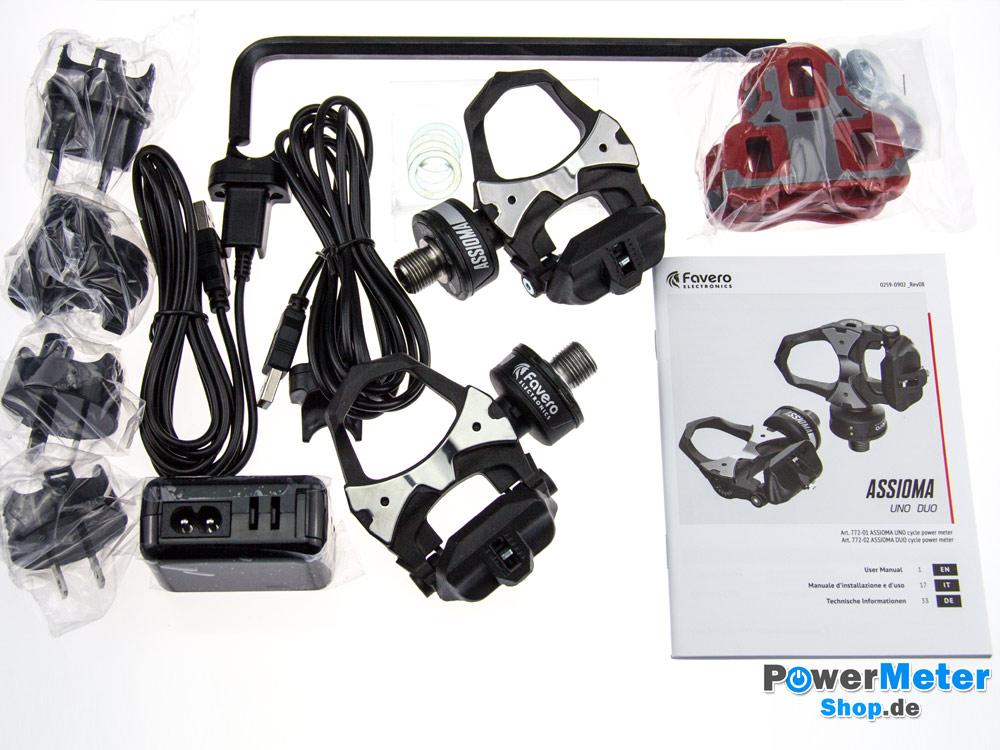 We were looking forward to that! Installing the Assioma pedals should be a lot easier than with the bePRO power meter. And indeed, anyone who has ever screwed pedals onto their bike will have no trouble mounting the Assioma power meter. Only an 8mm Allen key is required. And it is included in delivery.

Screw it on like a normal pedal and that's the mechanical part already done.

Before the pedals can be used after successful assembly, they must be activated one time in the Assioma app.

The app is available for Apple and Android (unlike Powertap, which still have not managed to release an Android app after two years) and worked in our test with one exception smoothly. The app requires access to Bluetooth and the location service. If they are not already activated, you can also activate these services from within the app. However, why the app requires access to the location service is not quite clear to us.

By clicking on the magnifying glass, Bluetooth searches for available pedals. There is a small stumbling block here: if you're trying to activate the two-sided version - the Assioma DUO - you'll need to give the app some time. First the left pedal and then the right one are searched for. If you click on Activate too early and before the right pedal has been found, only the left pedal will be activated as a single sided power meter!

With the help of the Favero technicians, we were able to undo the activation and activate the system again as a two-sided power meter.

Activation should not take more than two minutes. The app also offers the option of updating the firmware of the pedals and adjusting the relevant settings such as the crank length or correcting the power readings. 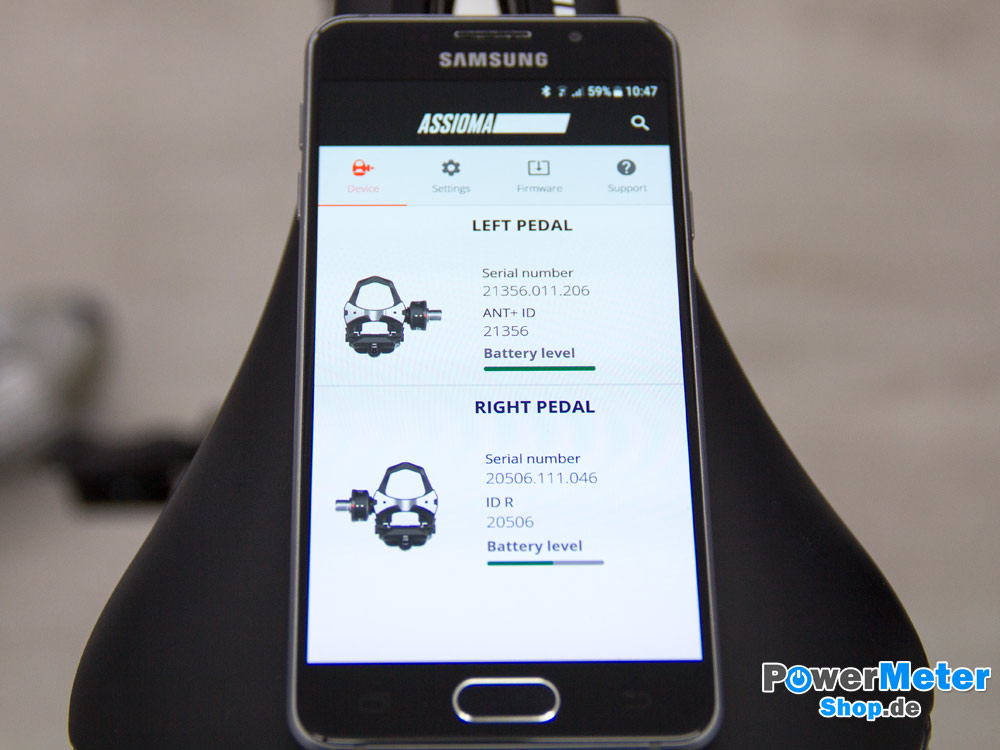 Measuring accuracy and on the road

In order to check the accuracy of the Assioma, we mounted it on a road bike together with an SRM power meter and rode it on both a calibrated Cylus II ergometer in the laboratory as well as in the street.

The measured values ​​of the SRM and the Assioma were extremely close together, only the maximum values ​​at short sprints showed a relevant deviation of up to 80W (at 1800W peak). We assume that the temporal resolution of the measured values ​​led to deviations, since the peak was only a very short time.

The laboratory showed a similar picture. The default on the Cyclus II was 230 W. The larger Edge 1000 shows the Assioma DUO power meter, the smaller Edge 520 the SRM: 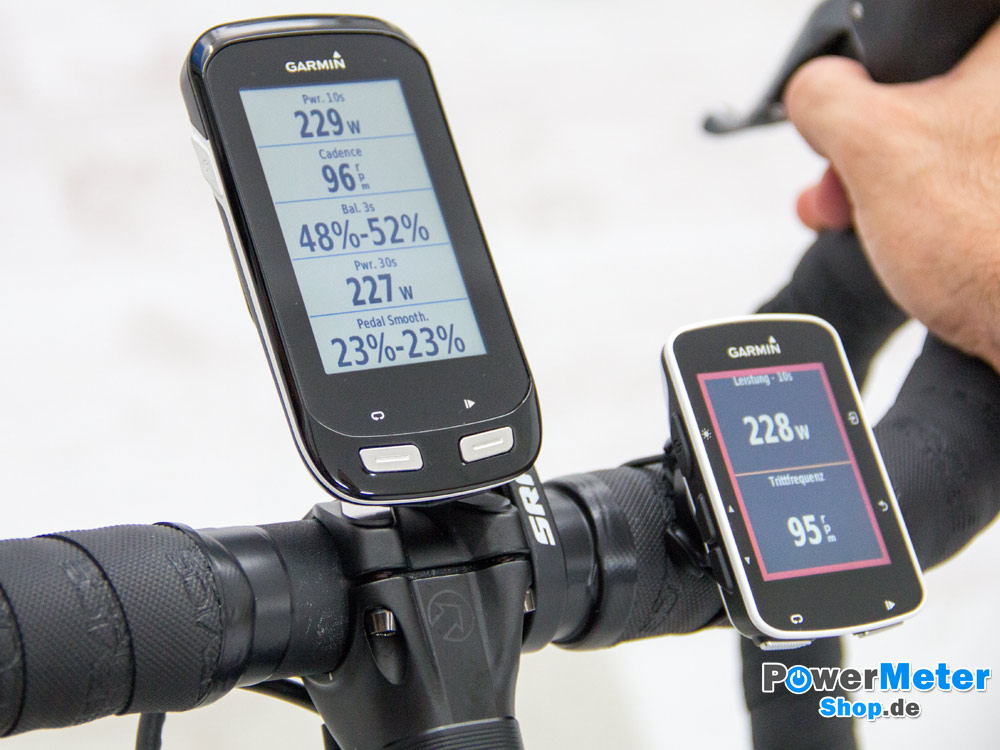 We found nothing negative during our rides. The data transfer to the Garmin computer was absolutely stable and the values ​​(including compared to the SRM) always plausible. 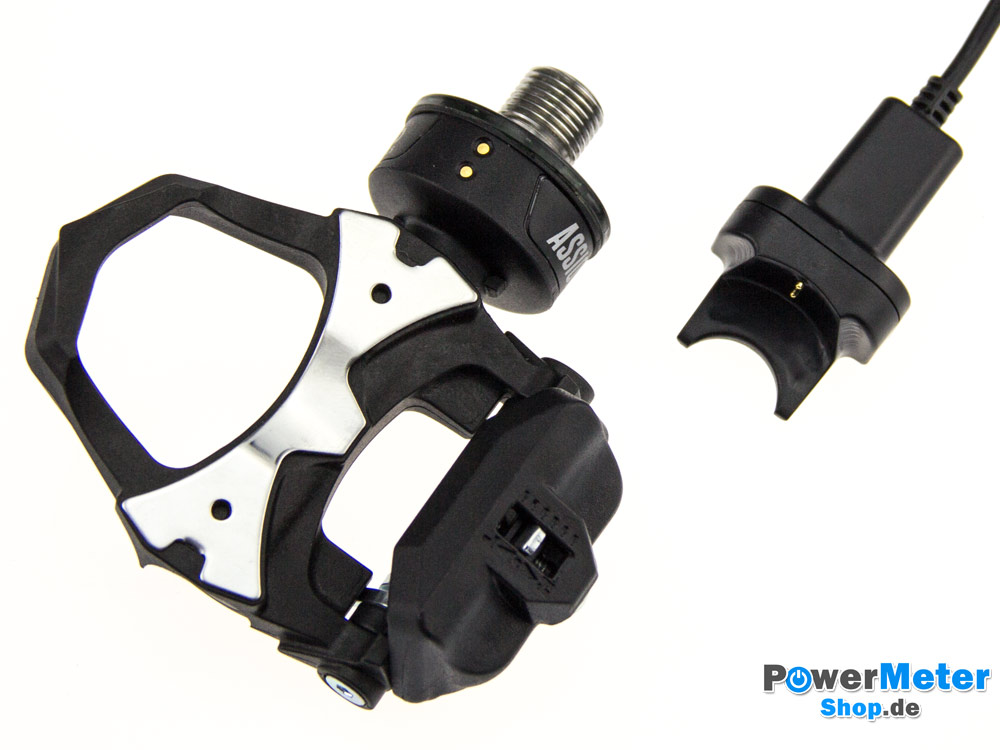 On the Assioma pedal sensor, there is no longer a USB port as with the bePRO. It is charged using a magnetic plug, which immediately snaps into place, and is attached properly to the pedal. We already know this solution from the SRM PC8 and, of course, some smartphones. We really like it. Unlike a USB port, the magnetic holder cannot wear out or fill with dirt.

The Assioma power meters are really light! We measured 299g for the DUO and 277g for the UNO. This makes the Assioma lighter than most pedals - and they have no power meter on board! 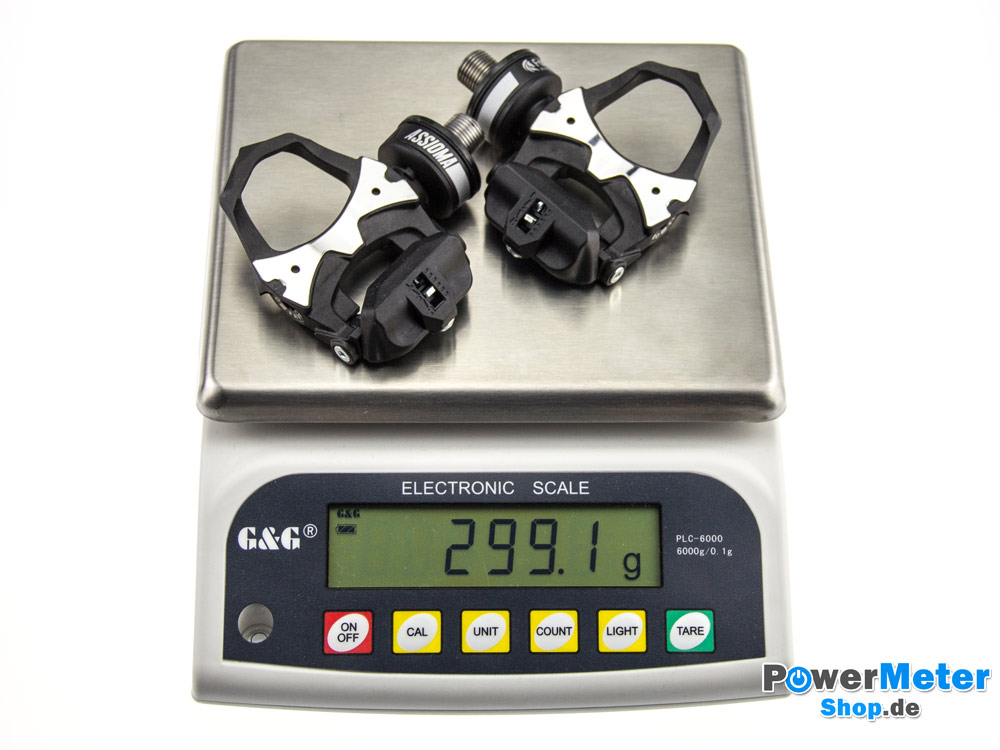 The bePRO power meters are good; the Assiomas are better and much easier to handle! If the results of our quick test are confirmed in the long-run, then Favero has done everything right with the Assioma and set the bar for the competition a whole lot higher.