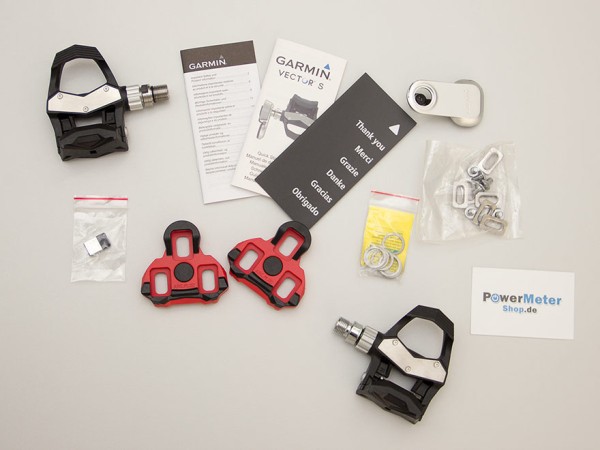 One year after launching the much-anticipated Vector powermeter pedal, Garmin introduced the Vector’s little brother – the Vector S – on this year’s Eurobike. Before officially delivering the first units, Garmin sent us a Vector S system for testing purpose. 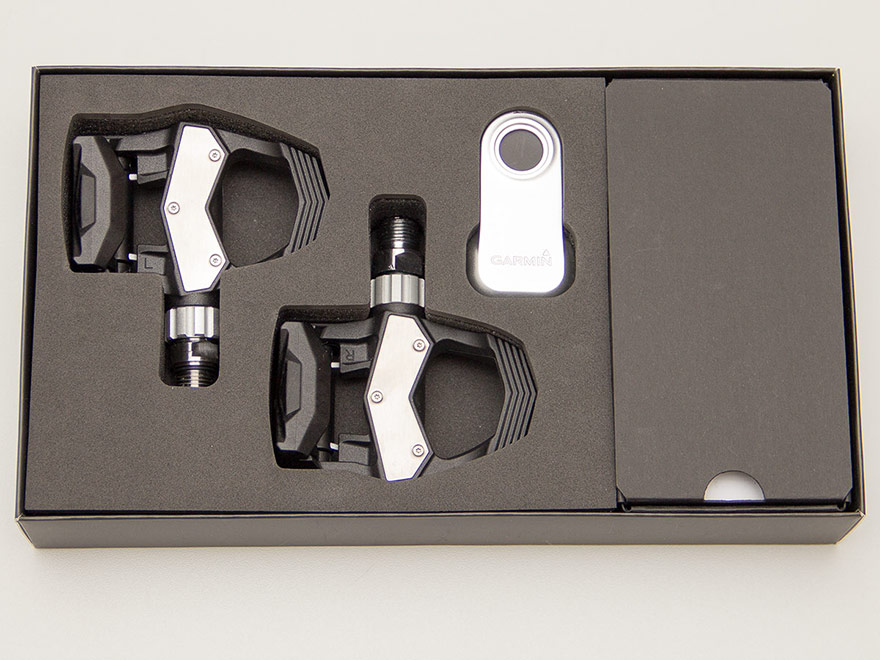 The Vector S measures power by use of Piezo transducers, which sounds quite easy in the first place. But measuring power at the pedal needs to account for several factors, which then must be subtracted out by the software. That might be one reason it took Garmin much longer to get the Garmin Vector ready for the market than initially announced.

So, what makes the difference between the two Vector systems?

To make it short: the Vector S doesn’t measure power on both pedals. Only the left pedal is a power meter pedal. But considering that Stages, with the establishment of their power meter, just proved that “one-sided” power measurement works without functional detriments, Garmin made a smart move introducing the Vector S. Regarding our experiences with cyclists and triathletes, very few athletes show a relevant imbalance between the right and the left leg, which would make a one-sided power measurement difficult. 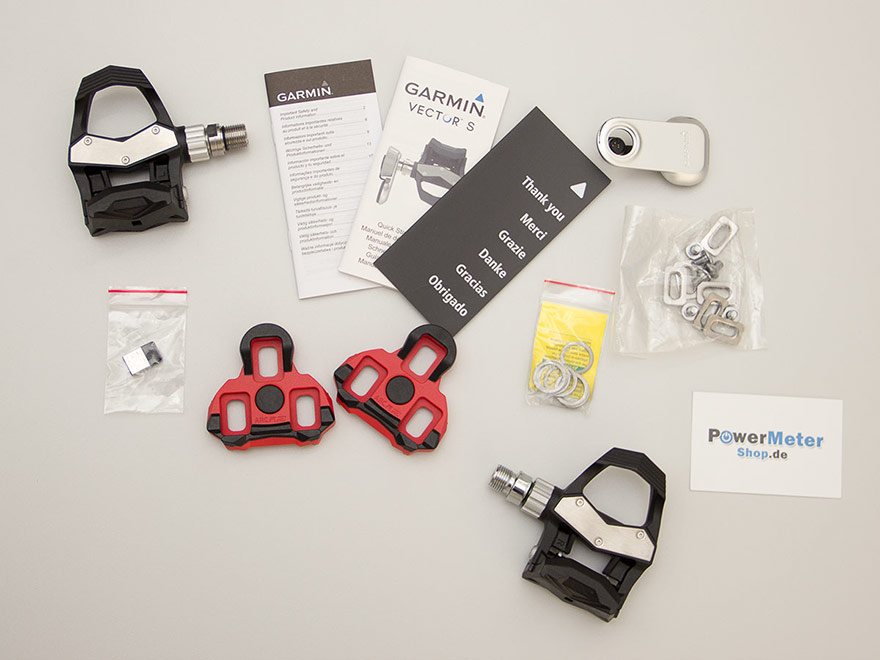 The packing of the Vector S is a bit smaller compared to its bigger brother but just as valuable and solid. Thus the packing withstands several transports (e.g. to training camps) und reliably protects the electronic parts. Opening the box, it is striking that only one pedal sensor is part of the delivery content. Regarding the pedal axle it is quite obvious that only the left side is equipped with an electronic measuring device. The right pedal can be mounted quite easily with a hex key. Besides the pedals and the compulsory instruction manual, a pair of cleats, the sensor with attendant washers and an ANT+ stick for firmware updates, are in the pack.

The installation of the Garmin Vector S is possible with almost every bike. There are two different sensor sizes available to serve crank arms of different widths. Only if the space between crank arm and chain is less than 5mm the installation might not be possible. The wireless data transfer works via ANT+ which is the common data transfer protocol. Therefore the Vector S works with all ANT+ computers.

If you are familiar with mounting a standard cycling pedal, than attaching the Vector S to your bike takes about 5 minutes. The right pedal is mounted as usual, just tie it up with a hex key or pedal key. To mount the left pedal some regulations must be followed.

1. The sensor must not have direct contact with the crank arm. The washers, which are part of the delivery content, will avoid that.

2. The sensor must be fastened while tightening the pedal. Otherwise it will turn against the crank arm and might even break.

3. For a valid power measurement the pedal must be tightened with the recommended torque. Using a pedal key of 25cm length it is recommended to apply about 15kg of weight force at the end of the key. Applying a little bit more of force to the key shouldn’t be problematic, but if a person e.g. puts its full body weight on the key, the pedal sensor can break or the measuring unit might be damaged. Using a 3/8” torque wrench combined with a 15mm crowfoot adapter enables to use exactly the torque recommended by Garmin.

After successful installation the mounting angle must be calibrated once. Thus, the system is not completely plug and play, but after installing the Vector S a few times, the installation will be perceived as an easy task.

The handling of the Vector S is quite easy in the field. Once connected with the computer, e.g. a Garmin Edge 1000 or any other ANT+ computer, you only need to calibrate the Vector S with help of your bike computer and you’re ready to go. During our test, the Vector S showed the power data unfailing. By now, we’re not able to deliver a judgment concerning batterly life since we only tested the system during two outdoor rides and one laboratory test on our Cyclus II Ergometer. 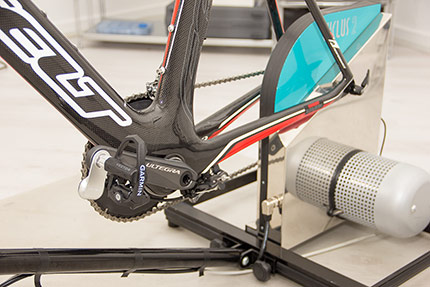 During our two outdoor rides we compared the values emitted by the Garmin Vector S with a simultaneously mounted SRM crank. In the main both power meters showed equal values. To examine the accuracy in detail, the Vector S underwent a step test and a sprint test on our calibrated Cyclus II Ergometer. Below are the average values for the steps with a length of 1min. 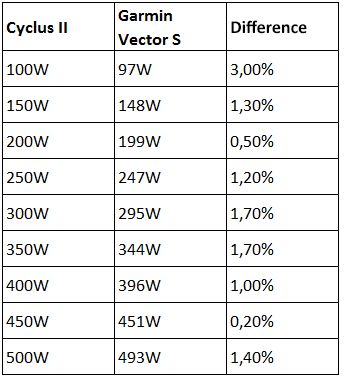 Analyzing the results of the 15s sprint test, we were positively surprised. The difference were marginal: The peak power was 928 W (Cyclus II) compared to 936 W (Garmin Vector S). The average power was 837 W and 838 W, respectively.

If demanded, with the Upgrade Pedal, the Garmin Vector S becomes a complete Garmin Vetor system, thus measuring power on both sides.