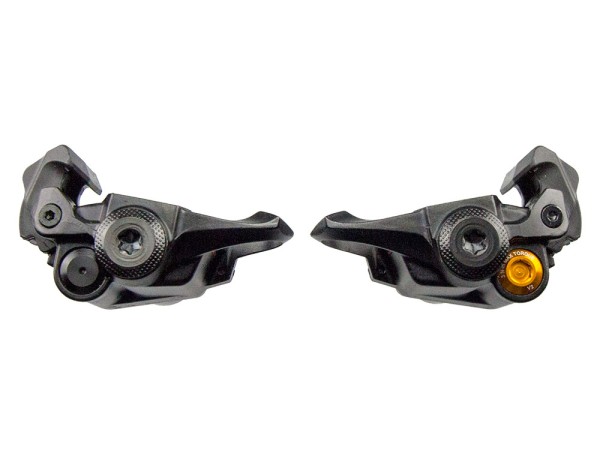 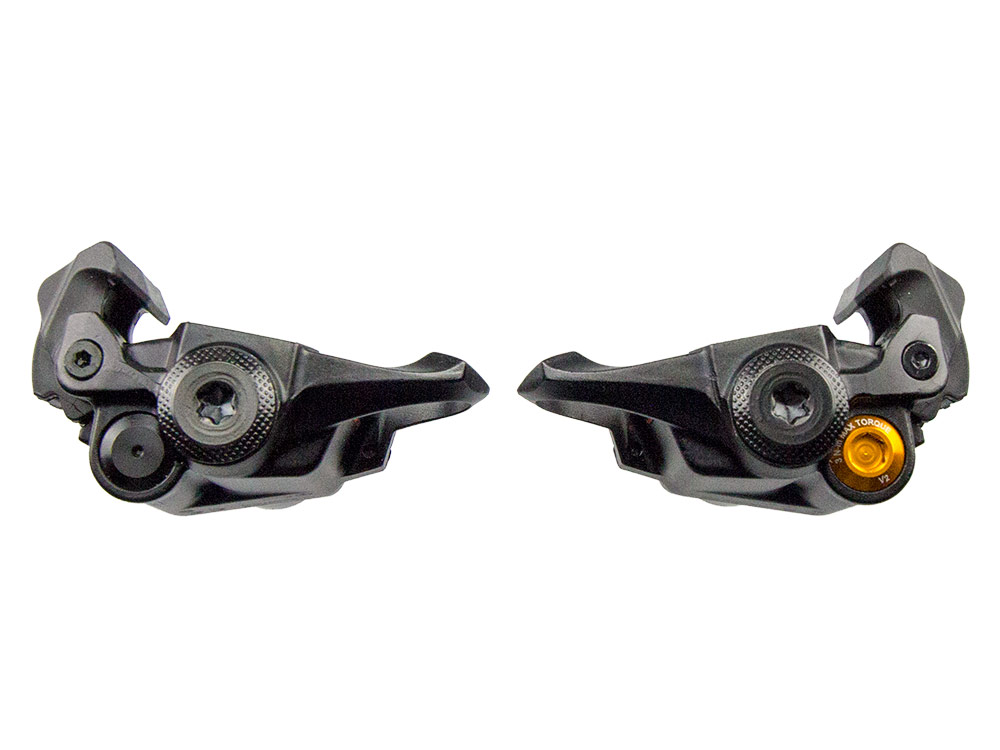 PowerTap is probably the concept that many owners of power meters keep in mind. Finally, PowerTap is one of the oldest manufacturers existing on the market alongside SRM.

Speaking of the original product, the robust and reliable PowerTap hub, the P1 pedals came last year. By bringing P1, PowerTap demonstrated that it has introduced a reliable and accurate measuring system again.

Until now, the P1 pedals were only available as a two-sided system. On the other hand, the two other manufacturers of pedal-based power meters (Garmin & bePRO) also offered a one-sided version. Well, PowerTap has caught up the trend and brought, with the PowerTap P1S, a single-sided system (measurement only in the left pedals) on the market, too. The MSRP is € 749. 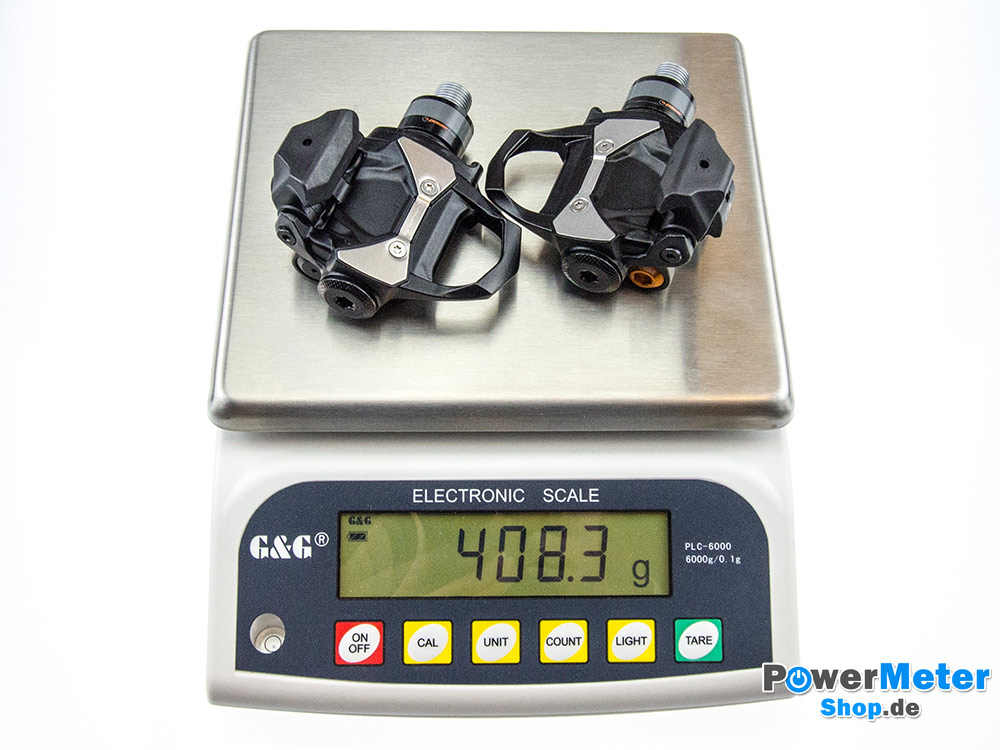 The PowerTap P1S pedals differ from its big brother P1 in that the power is measured only in the left pedal. The right pedal has the same design, but without electronics, and is almost a dummy. In principle, there is no visual difference between the two pedals. The only difference is the battery compartment with the orange battery cover on the left pedal, which is not available on the right side. The shape and weight are, however, almost identical between the two sides, so that this may have no effect on the pedal movement, etc.

Because of the one-sided measurement, the measured power of the left pedal is doubled. We have tested the P1S on the Cyclus2 ergometer for measuring accuracy. Our test driver showed a very balanced power ratio of right and left leg when testing the two-sided system. Therefore, we were not surprised during the current test that the wattage of Cyclus2 and the P1S were almost identical at different levels. The deviation was always less than 5 watts.

The assembly is carried out within a few seconds without a special tool. A simple Allen key (8mm) is enough to mount the pedals. As a result, the PowerTap P1S has a clear advantage over the other two-pedal systems (Garmin Vector 2S and bePRO S), since these two require a somewhat more complex assembly. The change between different bicycles is really fast and easy.

The pedals come together with the pedal plates and the battery for the measuring pedal (2 batteries included). In addition, there are also washers placed between the crank arm and the pedals, plus the user manual. To operate the pedal, open the battery cover with a suitable hexagon socket and insert the battery. As soon as the battery cover is closed, the device is ready for use. After the installation, the crank is rotated several times and then can be paired with any ANT + compatible radios or Bluetooth SMART compatible smartphone. 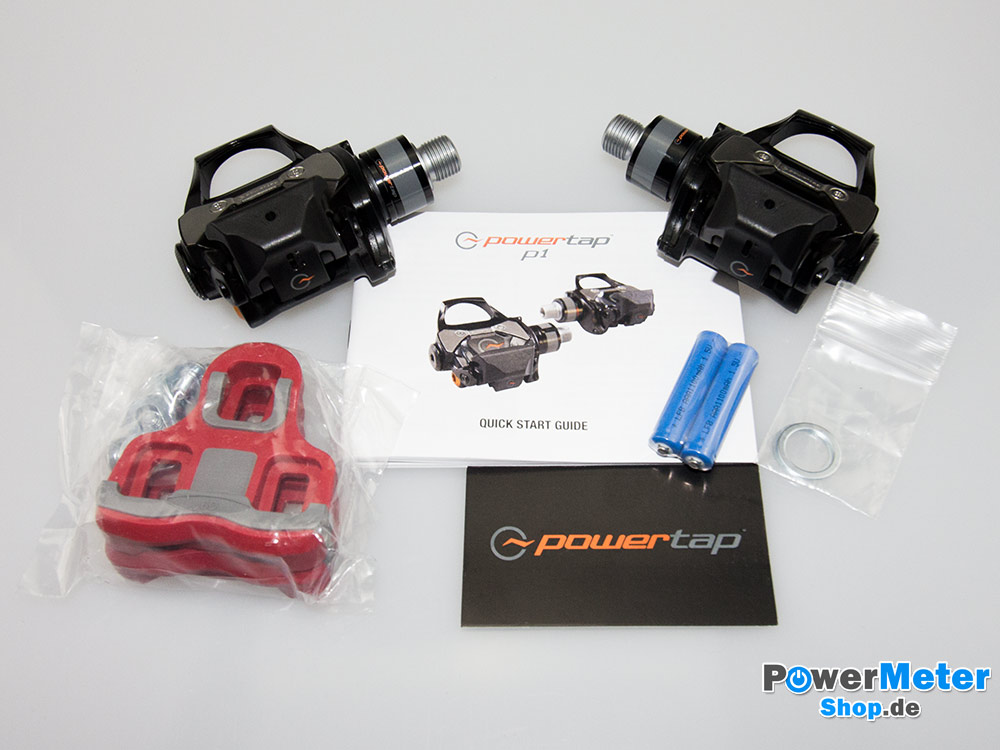 Now, the crank length should be set at the receiving unit to obtain correct measured values.

A zero calibration should be performed regularly. For this, it is necessary to get out of the pedals (and not to exert pressure on the pedals). Now, carry out the calibration via the corresponding function in the wheel computer.

The batteries can be replaced quickly and easily. Simply loosen the battery cover with a 6mm Allen key. The battery life is specified as 60 hours by the manufacturer. The only minor weakness of the P1S is the updating of the firmware. This works smoothly with the PowerTap Mobile App, but is currently only available for iOS (iPhone).

With the P1S, PowerTap now has a one-sided, pedal-based power meter. This allows entering the watt-based workout with PowerTap from a price of € 749.

The installation of the P1S is as simple as it is possible, as with the two-sided system. The pedals are fitted and removed with a conventional 8mm hex key. Thus, it takes only seconds to the change from one to the other wheel. The set-up and the battery change are equally easy.

The measurement accuracy is in a very good range and is in no way inferior to other systems. So if you are looking for a low-cost power meter, with the possibility of super fast assembly/disassembly and no breakdown into the power of the right and the left side, the PowerTap P1S is a very attractive system.